2016 was a riveting year for the VR enthusiast and curious. It seemed like every week there was a new piece of tech, or an app announced, that was bringing VR out of Sci-Fi books and into stores and popular culture. Let’s take a look back at this year of progress and break down the massive advancements we saw. 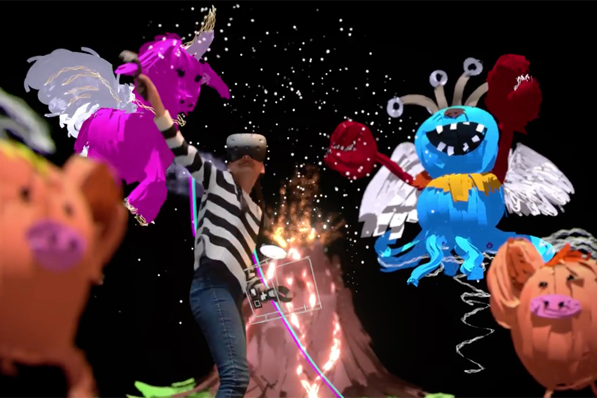 Google always seems to be doing something amazing. But there is amazing – and there is Amazing. Which one is Tilt Brush? I’m going with AMAZING!

Tilt Brush is selling on Steam for about $15 USD. This incredible game lets you paint in 3D in a virtual reality world.

To say this is just a novel game is a massive oversight. So many industries can benefit from this kind of tech; architecture, graphical design, engineering, civil planning, just think of all the applications. Take a look at some of the incredible works of art that have been created with this game and tell me it isn’t going to change the world.

YouTube 360 is just a novel way to look at a photo on a smartphone, until you combine it with a VR headset.

Recently, Google Cardboard started to support YouTube 360 videos and suddenly we turned a corner. Essentially with a cheap bit of cardboard and a mobile device that millions of people already own, Google/YouTube managed to bring affordable VR video into the day to day life of ordinary people.

Is this is the beginning of VR cinema? Imagine how differently we will be able to tell stories when the audience can choose where to look. We aren’t that far away now.

What started as a Kickstarter campaign, all the way back in 2012, was released to the consumer market on the 28th of March 2016 and it is one of the most affordable tethered VR Headsets on the market. It was released as a sexy, slim plastic black unit, lightyears ahead of the clunky development kits. Retailing at $599 USD that is a small price to pay for two 1080×1200 windows into the future. 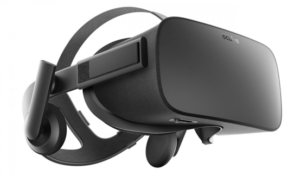 I am really excited to see where the oculus rift takes us. Will it go down in history as the beginning of consumer VR? It certainly seems like it is here to stay, in fact an Xbox streaming app (that streams games from the console to the Oculus Rift) was announced just before Christmas. The app is downloaded for free from the Oculus store but the Oculus Rift is a tethered VR, so you will still need a powerful computer capable of powering the Rift and whatever you are streaming to it.
Oculus Rift now also comes with hand controllers officially called the Touch. They are small ergonomic (hand shaped) controllers will all kinds of buttons that allow Oculus Rifters to interact with their new digital world.

The HTC Vive is incredible. There is no way around it. It was officially released on the 5th of April, which demonstrates how fiercely competitive the VR industry is already becoming; the Rift only had a monopoly for a month before something new came along. A VR system every 30 days probably isn’t going to become a trend, but the more companies that dive into VR the better for us tech loving consumers. 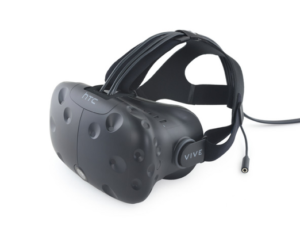 HTC Vive has a partnership with Valve. Valve are an American game developer that have released some games titles like, Dota, Counter Strike, Left 4 Dead, Half Life, Portal, and most importantly they own Steam. This puts HTC in a great position to dominate the VR gaming industry.

HTC hasn’t limited the Vive to a 180 degree view like the Oculus Rift. It comes with two base stations that receive signals from all the sensors on the Headset. This allows players to move around, face any direction, and explore their environment. Just before you are about to step out of your designated space and potentially trip over your living room, you will see a faint blue line warning and confining you to the gaming area.

5. PLAYSTATION TAKES GAMING TO THE NEXT LEVEL WITH VR

The Playstation VR is the cheapest tethered option on the market and is doing its part to normalize strapping TV glasses to your face by already selling over 2 million headsets worldwide since it’s release in October.

The Playstation VR is tethered to the PS4 and Sony has also already released a lot of hardware that will complement the system. The Playstation move remotes are a few years old now, but they entice Playstation owners who have already made these purchases to just commit to the future of gaming.

I think that the Playstation VR will make a decent contribution to VR. It is a cheap headset that doesn’t require a gaming computer, millions of people are going to buy it, and this is just zeros on paper for companies looking to get involved and sink resources in developing cool headsets for us. The Playstation VR will also entice game designers familiar with the console to try their hand at VR game development. 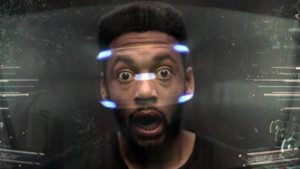 While only the developer edition was released this year, I think we can still count it towards the running tally of 2016’s amazing VR achievements. The Microsoft Hololens currently cost a decent $3000 for the consumer kit and $5000 for the developer kit. Who would buy this? Well it isn’t being marketed to gamers. The Microsoft Hololens is targeting companies, specifically design firms and dads that really want to impress their kids with rocket models, if Microsoft’s hype video is anything to go off.

Microsoft says that the Hololens mixes realities, because it projects images onto a transparent screen in front of the wearer’s eye. You will still see the real world, but it will have a digital layer of information on top of it. This is augmented reality which is awesome in its own right, but if the Hololens is anything to go off, still a little too expensive and a few years away.

Several companies have approached Microsoft wanting to join forces and produce some mind blowing VR. Samsung and
Asus have an open proposal to pool their millions on a similar augmented reality product, but Microsoft has shown little to no interest.

It really was a big year for VR.  Three tethered headsets have set the benchmark very high.  This, as well as some new software has helped take VR out of the Sci-Fi books and made it dinner time conversation.

What was your favourite VR breakthrough in 2016??